CAPIO interviews Pat West, retired Long Beach City Manager and former PIO Insights from a City Manager on the value of communications and the PIO

This year marks CAPIO’s 50th year since being established. In that time, a lot has changed with the way in which we communicate. However, in many ways, the baseline of what we do remains – and that is informing, educating, and engaging our communities to encourage them to participate in the democratic process, share their perspective and create an emotional response that leads to action.

In light of CAPIO’s half a century milestone, we are chatting with folks who work specially in the communications area of government or who are part of the government sector in general. 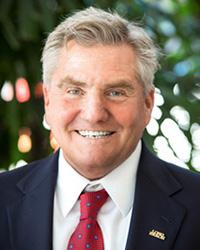 Today we have the pleasure of speaking with Pat West. He understands local government having more than 40 years of experience, 23 as City Manager, in the Los Angeles area for both a small and large city including the City of Long Beach and the City of Paramount.

I’m excited that Pat is here to give us a different perspective on the role of government sector communications, and the nexus between policy and operations, and how that intertie with a public information program. We all know the importance of this intersection, but glad we can hear it first-hand! As PR professionals, we often fight the notion that PR is a tiny fringe expense – or reduced to word-smithers, story pitchers, and party planners.  But we know this is far from the case. We are fully integrated into the operations.  VIEW INTERVIEW

Pat West served as a government official in the Gateway Cities area for the past 39 years, working in both the small contract city and large charter city arena.  Pat has held a variety of department head positions and has served as City Manager for 23 of his 39 years in public service.

As quoted in the New York Times on two separate occasions, Pat turned around the fortunes of the cities of Paramount and Long Beach. In 1981, Paramount was recognized by HUD in a Rand Corporation study as the 8th worst (disaster) city in America.  Pat found himself living, raising a family and working as the Parks and Recreation Director for a City in major crisis.  Committed to turning the City of Paramount around, Pat was ultimately appointed City Manager.  He and his team utilized redevelopment, economic tools, and creative zoning to turn Paramount into a model city.

After retirement from the city, he founded Pat West LLC which serves cities and developers looking to create great spaces for great communities.

Back to CAPIO Corner