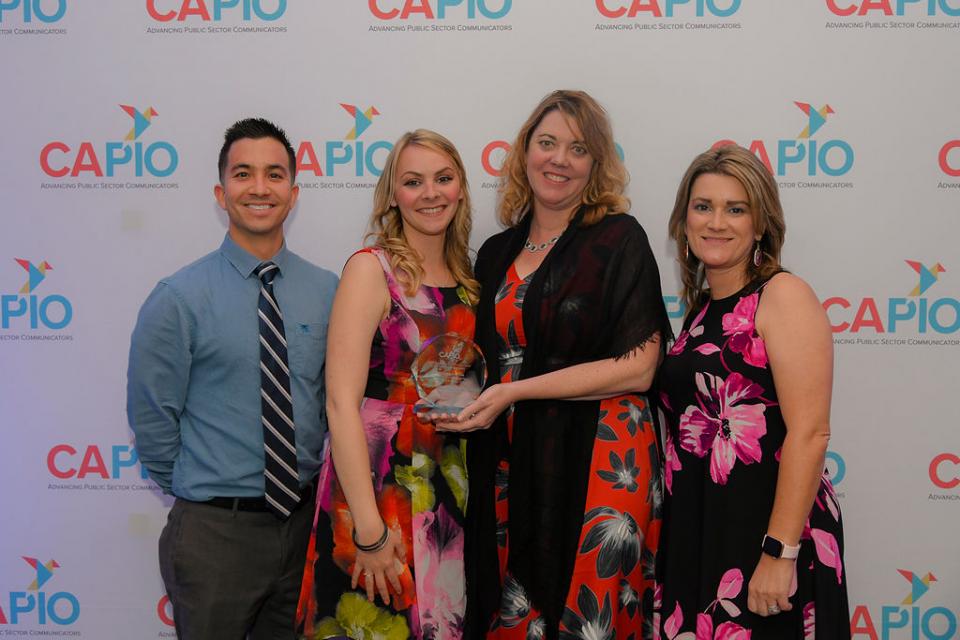 “We are a small agency. Can we compete?”

Yes – agencies with small budgets can compete with agencies with big budgets! Our judging system relies on how you maximize the dollar spent – not the quantity of funds spent. In addition – we are trying a new approach to divide categories with a large number of entries by population size allowing for finalists to be selected from small, medium and large areas of service.

“What year should projects be from?”

Campaigns or projects being submitted must have been completed in the past calendar year.  In 2022 we are making an exception and inviting entries from the two prior calendar years (2021 and 2020) due to the fact we skipped an awards program last year.  On-going projects should have 6 or more months of metrics/results.

Entrants must submit a 2 page PDF Narrative and supporting documentation – all combined as a single PDF. Other supporting material such as video links, web links, etc. may also be included for the judges to view. VIEW NARRATIVE TIPS

If your agency did not meet your goals in your measurement section, will you be docked points for that?

A. We’ve all had a project that is exceptional but a goal is not met for a variety of reasons. While judges will not necessarily dock point, it will be critical to explain why the goal was not met and demonstrate the added value that the project provided to your community and agency.

For example, a water district developed a comprehensive outreach plan to encourage residents to conserve water in the face of serious drought.

They set a goal of reduced water use by 20 percent. Five months into campaign implementation, the area received significant rain leaving their customers feeling that the drought was over and conservation was not as critical. Goals can be adjusted through the project and justification for success despite a goal not being met.

How do I show personnel costs?

Budget:  Communication tools and tactics of the comprehensive campaign included:

Hard costs for the 2016 Marin at a Glance annual report project totaled $150.  Costs included $70 for paid social media boosts ($30 on Facebook and $40 on YouTube) and $80 for video production assets ($40 for music license and $40 paid voiceover talent).

Soft costs included four staff members devoting time to the project.  Two staff members spent about five hours each week for a seven-week period for data collection and prioritization, design review and editing and preparing materials for the public rollout.  Another staff member devoted about 30 hours each week for four weeks in designing the PDF report and video.  Finally, a member of the Information Services and Technology Department contributed about seven hours of website design support.