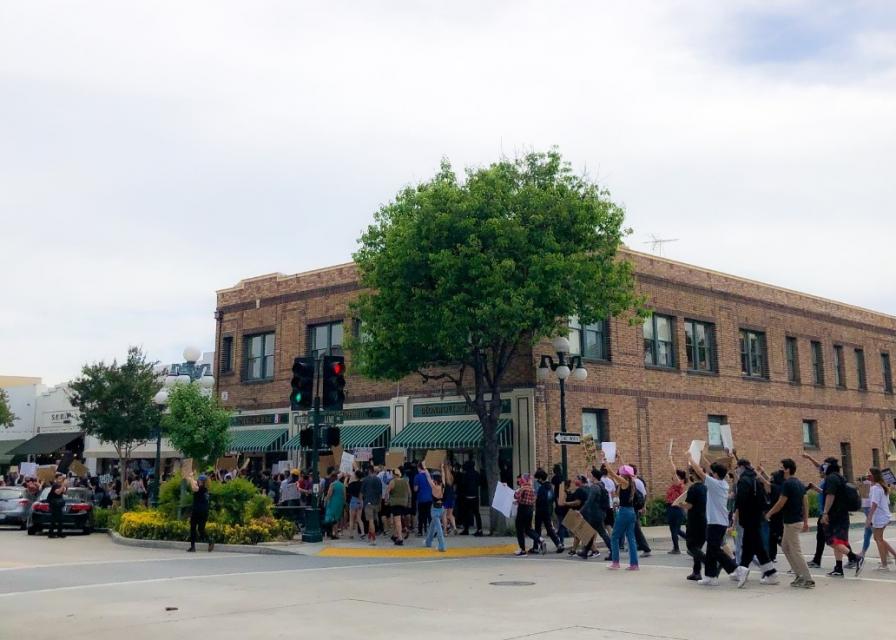 From the pandemic, to the civil unrest, to a wildfire, Monrovia public safety has faced a series of challenges throughout the year.

In June 2020, the civil unrest swept across the country. Monrovia, a small but passionate community, made sure their voice was heard. For days, the community planned protests, unity events and ended with a Juneteenth celebration.

Serving as the representation for the Monrovia Police Department, during the civil unrest, was the Community Activist Policing Bureau.

The series of society altering events had a significant impact on the department, not only professionally but personally. In order to navigate the season of crisis the department:

Supporting the organization and community

Building the community’s acceptance and trust was not something accomplished overnight, but rather 30 years in the making. In June 1990, the Community Activist Policing Bureau was established to build in-depth connections and strengthen relationships with the community.

With this in mind, the response to the civil unrest was different in Monrovia. Instead of riot gear, the Monrovia Police Department relied on the trust built over the years and approached the unique situation with a guardian mindset. Their presence during each protest was to ensure that the community remained safe and demonstrators could peacefully protest. The community saw this first-hand when an anti-protestor approached demonstrators, initiated a confrontation and brandished a firearm. Monrovia officers quickly responded and detained the anti-protestor.

It’s inevitable that there will continue to be tough days that weigh heavily on frontline staff, but maintaining morale is crucial to the overall well-being of the department. For the Monrovia Police Department, support and comfort was found in: