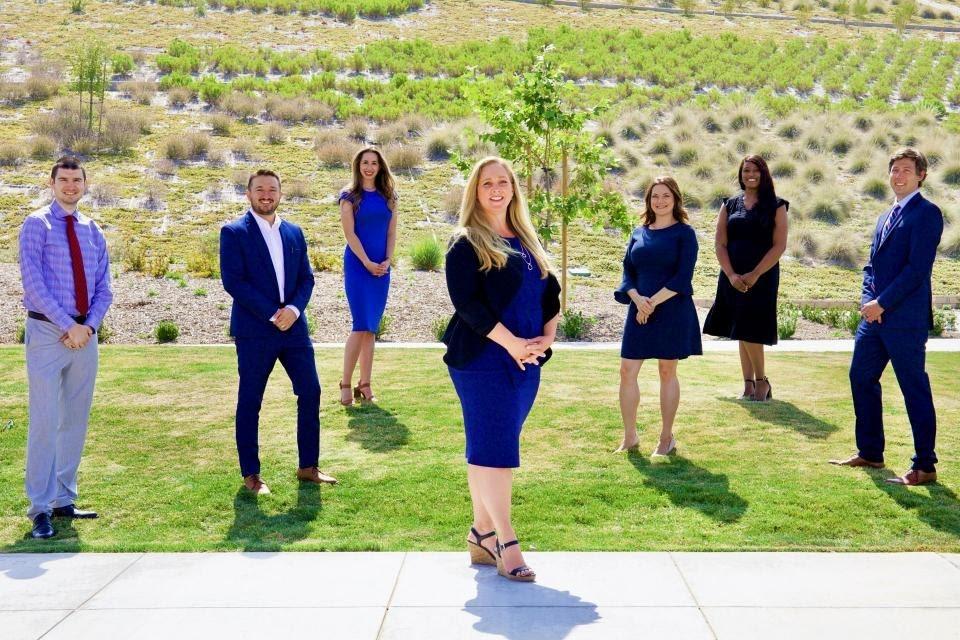 Going from the highs of the annual State of the City celebration, to the fear and destruction of the Tick Fire, to the terror and unimaginable grief of the Saugus High School Shooting, to the hope, love and community unity of the Saugus Strong Vigil, the Santa Clarita communications division not only provided valuable information, but became a source of trust and comfort for a distressed community.

In October 2019, the Tick Fire burned 4,615 acres in the eastern portion of Santa Clarita. The fire damaged 45 structures, destroyed 29 and forced the evacuation of 40,000 residents – the largest evacuation operation in the City’s history.

“The City’s team of professional crisis communicators is vital to keeping the community informed during a crisis situation,” said Maria Grycan, Community Services Representative for the Los Angeles County Fire Department. “Our team with Los Angeles County Fire depends on [Santa Clarita’s Communications team’s] wide reach to share crucial information during incidents, so we can focus on containing the emergency.”

To keep residents informed during the Tick Fire, the communications team continually updated the website, which served as the main hub for information, posted text updates, photos and live videos to its social media channels and coordinated press conferences each day of the incident. Most notably, the team created an evacuation map that became one of the most valuable resources that was shared through various regional media outlets, receiving over 1.5 million views.

Just ten days after the Tick Fire Local Assistance Center closed, tragedy struck Santa Clarita once again. On November 14, a student at Saugus High School in Santa Clarita pulled a handgun from his backpack and shot five of his classmates – killing two – before turning the gun on himself. As the community tried to come to grips with the tragedy and young lives lost, the communications team took the lead in planning a community vigil.

“The vigil brought nearly 15,000 community members together to cry, grieve, support each other and begin the healing process,” said Dave Caldwell, William S. Hart Union High School District Public Relations Officer. “We would not have been able to put this scale of an event together without the partnership with the City.”

With an accelerated timeline, the communications team secured a location, organized a run of show, booked audio-visual support, rush-ordered glow sticks for attendees and developed a comprehensive outreach strategy to spread the word about the Saugus Strong Vigil to residents, along with securing media coverage. Additionally, the Saugus Strong Vigil streamed through Facebook Live, reaching over 50,000 viewers.

Days after the vigil, the community flooded the City’s messaging system by submitting over 800 encouraging letters thanking the team for their work.

With 61 combined years of experience, the team reinforced the City’s strength and leadership when facing disaster by getting the right information to the right people at the right time. The City of Santa Clarita’s Communications division has established itself as the most trusted source of emergency information for the City’s residents, businesses and stakeholders. By sharing this knowledge with CAPIO members and other public information officers in the region, they have exemplified leadership in crisis communications.

“I am exceedingly proud of the work our communications team has done over the past year,” said Communications Manager Carrie Lujan. “The Santa Clarita community was faced with devastating tragedies in rapid succession. It was vital that we kept our residents informed, with not only important updates, but also resources and an all-encompassing feeling of community support. Thanks to the training we have received from CAPIO, along with a comprehensive crisis communication strategy and a strong network of local public information officers, we were able to keep our residents informed and comforted during these trying times.”

Established in 2017, the Frank Potter Cowan Crisis Communications Leader award recognizes a Public Information Professional (or Team) who demonstrated extraordinary success in leading a team during a natural disaster, act of terrorism or a reputational crisis.