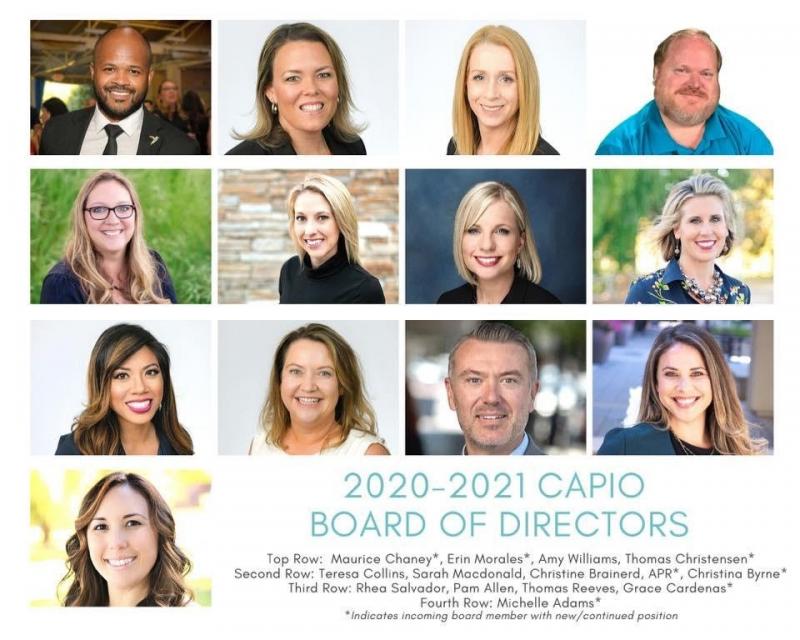 The California Association of Public Information Officials (CAPIO), the state’s leading government communications association, named its 2020-2021 Board of Directors in April. While the association traditionally announces these changes during the spring annual conference, outgoing Board members were shown appreciation and new board members were welcomed during a virtual meeting on Monday, May 11.

The 2019-2021 CAPIO board members continuing their term include:

“I’m excited to announce this year’s Board of Directors who will continue the vision developed in CAPIO’s five-year strategic plan,” said Maurice Chaney, CAPIO president and public information officer for City of Roseville Environmental Utilities.  “Last year we leveled up programs by increasing educational webinars and media tours around the state. This year the Board looks forward to continuing the momentum with these programs and is developing a plan for continuing to offer exceptional programming in the current virtual environment while still providing opportunities to connect.”

To learn more about CAPIO’s Board of Directors, visit CAPIO’s website.