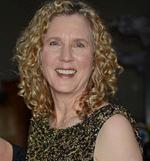 Jan Gentry served many years in high-level PIO positions for two California Water districts, developing outreach programs where little or non existed. In June 2003, Jan began working in her current position as the PIO for the Sacramento Suburban Water District. With Jan’s exceptional communication skills and an aggressive outreach campaign, Sacramento Suburban Water District has garnered the reputation of one of the most well-regarded water districts in the state. Jan has been a member of CAPIO for many years now. To many of us, she is not only a colleague and mentor but also a friend. A true supporter of CAPIO and embodying a passion for public service, Jan has participated yearly in the conferences and has also given back to the profession as a judge the annual Awards of Excellence. In addition, she’s an alumnus of CAPIO’s prestigious J.Lindsey Wolf PIO Institute. She has also received several awards from CAPIO as well as from the America Water Works Association, California Special District’s Association and a project of the year award, from the Sacramento Chapter of the American Public Works Association.

Jan just retired from her career in public service with this CAPIO Awards of Excellence Dinner being her last. She’ll be joining SportaFence Marketing Enterprises as their marketing director shortly after retirement. She also plans to continue traveling the world, piloting helicopters (again), racing snow dogs and continuing her commitment to public service with community volunteer projects.