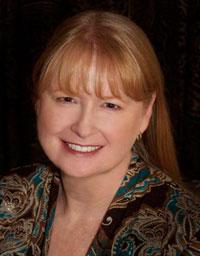 It is with great honor that Karen George was awarded CAPIO’s 2010 Paul B. Clark Award.  The award is the top honor given by CAPIO to a member to recognize exceptional service to CAPIO and the advancement of the public information profession.  Karen was honored for her outstanding service to the public, her profession and the CAPIO organization at an awards ceremony held on April 15, 2010 at the CAPIO Annual Conference in Santa Barbara. “Karen’s contributions to the public information profession in California are many and profound,” said CAPIO President Jenny Peterson. “It is fitting that CAPIO is recognizing her efforts at this year’s annual conference in Santa Barbara, the city where two decades ago, as a member of the CAPIO board of directors, she created the foundation for CAPIO’s transformation into a statewide organization.” Karen was a television journalist before entering the public information field. She has served as community information coordinator for the City of Claremont and public information officer for the City of Fremont, among other PIO roles. During her tenure in California, Karen worked diligently to support the CAPIO organization, serving both on committees and the board of directors. While serving on the board, Karen co-authored the chapter “Establishing a Public Information Office” for the CAPIO handbook “Let’s Communicate,” and co-authored an article on technology in the PIO profession entitled “Cool Stuff with a Clear Goal.” Most notably, however, Karen was instrumental in transforming CAPIO from a Southern California entity into a statewide organization. Previously, CAPIO was the “Southern California Association of Public Information Officials.”  In Santa Barbara at the 1989 Annual Conference, the initial seeds of statewide participation were planted.  Providentially, CAPIO returns to Santa Barbara two decades later as a statewide organization, 300 members strong, to recognize one of the individuals that worked to make it happen. CAPIO congratulates Karen on this outstanding achievement.