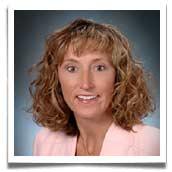 Heather Morris, the director of communication for the Port of Long Beach, received the top award given by the California Association of Public Information Officials (CAPIO) at its 2008 annual conference in San Diego. She was honored for her outstanding service to the public and her profession. Morris received the Paul B. Clark Award for her exceptional leadership, professional commitment and contributions in the public information field. “Heather is an exceptional person and well deserving of this award,” said CAPIO President Jenny Peterson. “She has done so much for this organization and this profession that she was an obvious choice.” With more than 30 years of experience in public relations and government communications in California, Heather Morris has been a consistent model of integrity and trust in public service. She built her career on the notion of civic engagement, the public’s right to know and be involved in their local government. Having begun her career in parks, recreation and community services, she moved to the public information office to help build systems which allow the public a voice in their local government. For example, Heather created Brea’s award‐winning visioning process which relied on community input to determine the city’s long term goals – modern Brea owes much of its current success to the work Heather instituted. Moving to Irvine, she created that city’s Public Information Office, developing common tools of the trade such as publications and media relations, as well as technology‐based tools such as government‐access cable programming, website design and streaming video. She played a key role in instituting a “key message” philosophy to tell the city’s story, and became an integral member of the senior management team as a communications counselor. In addition, she won acclaim for innovations in strategic planning and crisis communications. For example, she successfully coordinated Irvine’s campaign against a commercial airport at the former El Toro Marine Base, an effort that challenged her public communications skills and required a compelling strategic plan. Acting on this valuable experience, she developed a strategic communications plan for the Port of Long Beach shortly after being hired in May 2005. The plan has served the Port well, guiding key officials and Communications Department staff as they become more proactive and strategic in responding to major issues. She has conducted seminars on crisis communications and coordinated the creation of a nationally‐used model port crisis communications plan, which received recognition from the American Association of Port Authorities. Heather also became adept at engaging the community via special events, most recently creating the Port of Long Beach’s “Green Port Fest,” which annually attracts thousands of Southern Californians who want to learn more about the fifth largest seaport in the world, achieving a strategic goal to increase awareness about port operations. Her work in the realm of environmental marketing has also won national acclaim and has helped generate significant understanding of the Port of Long Beach’s business objectives to “grow green.” Leadership development has been a high priority for Heather. Over the years she has been a mentor to college‐aged interns working toward degrees in communications, inspiring them to continue on the path to public service. Morris currently serves as CAPIO’s Southern California Director at Large and is one of CAPIO’s strongest behind‐the‐scenes supporters. She has been a workshop presenter on many occasions, sharing her knowledge and experience with other government communications professionals. In addition, she has arranged for speakers and hosted regional conferences. She communicates regularly on a one‐on‐one basis with CAPIO members around the state to offer support, encouragement and counsel. The quality of her work has been recognized by CAPIO through its Excellence in Communication Awards in 2002, 2004, 2007, 2008 and 2009, and by the City‐County Communications and Marketing Association (3CMA) through its Savvy Awards in 2002, 2006 and 2008. She also is a member of Public Relations Society of America, American Association of Port Authorities and Women’s Transportation Seminar.