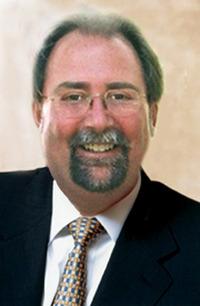 Mike Maxfield began his local government public information career with the City of Brea in 1981. He joined the city’s media division fresh out of California State University, Fullerton with a B.A. degree in Communications. Working as an Audio/Visual Specialist, he wrote and produced more than 200 video programs for airing over the City’s government access channel. After seven years, Mike was promoted to Public Information Officer, overseeing all aspects of Brea’s public information and marketing efforts, which included media relations, monthly community and employee newsletters, government access video programming and special events marketing. In 1990, Mike joined the City of Claremont where he headed up their public information and outreach efforts as Community Information Coordinator. Among his key accomplishments in Claremont were overseeing the creation of the City’s website, implementing video coverage of City Council meetings, and developing an on-going citizen participation/workshop program as part of the bi-annual budget preparation process. He also served as the City’s spokesperson during the disastrous Grand Prix/Padua fire in October 2003. After 14 years in Claremont, Mike accepted a position with the City of Yorba Linda. As Yorba Linda’s first-ever Public Information Officer, he was responsible for centralizing various departmental outreach efforts into a comprehensive public information program that included community and employee newsletters, an expanded website, video programming, media relations and several citizen participation/comment processes. During his tenure, Mike oversaw the implementation of internet streaming of City Council meetings, development of an outreach and education program relating to a landscaping assessment district ballot measure and implementation of a web-based citizen request and feedback program. Mike has been an active member of CAPIO for more than 20 years, including five as a member of CAPIO’s Board of Directors (1995-1999). He also contributed to CAPIO’s “Let’s Communicate” manual, helped put together the CAPIO History Project in 2001 and has volunteered in the CAPIO-sponsored media room at numerous League of California Cities Annual Conferences. In addition to being honored with the Paul B. Clark Award in 2001, Mike’s work has been recognized with four Awards of Excellence from CAPIO, two Savvy Awards from the National City-County Communications and Marketing Association (3cma) and a Grand Award in the 12th Annual City Hall Digest Public Information Awards. He has also led workshops and training sessions for the California Contract Cities Association, the Municipal Management Association of Southern California and the California Society of Municipal Finance Officers. Mike “retired” from full-time local government employment in 2005 but continues to work with a variety of agencies and organizations on a contract basis. Past clients include the Port of Long Beach, Munitemps and the City of Pico Rivera.