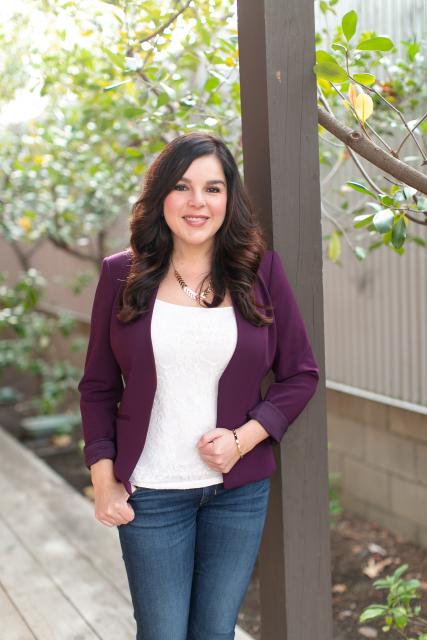 Rachel McGuire, APR, was awarded the California Association of Public Information Officials (CAPIO) 2019 Paul B. Clark Achievement Award on Wednesday, April 10.  McGuire was honored for her commitment to leadership and mentorship within the communications field.

“We couldn’t be more pleased to honor our colleague and long-time member of the CAPIO family with this prestigious award,” said CAPIO 2017-2019 President Christine Brainerd, APR and communications manager for the City of Folsom. “Rachel has been instrumental in taking CAPIO to new heights and she has made a lasting impact in public sector communications through her contributions at the agencies she has served and through her passion for developing our state’s future communications leaders.”

McGuire is founder and CEO of RMG Communications, a boutique communications firm with a focus on public sector clients. She previously led the community affairs department at Western Municipal Water District and oversaw the development of high-profile, award-winning programs and projects that benefitted nearly a million residents in Riverside County. She also spent nearly a decade guiding strategic communications efforts at the cities of Carlsbad, Palmdale and Lancaster.

“It’s an honor to be recognized by my peers. CAPIO has been the foundation for my career, and I’ve connected with top-notch mentors, learned from thought leaders in the profession and developed many meaningful professional relationships,” said McGuire. “One of the most rewarding facets of my career has been supporting others, especially those just starting out, through developing communications, education and mentoring programs.”

A CAPIO board member for the past 10 years, McGuire currently serves as its education and development chair and has previously served as president and vice president. She spearheaded many CAPIO initiatives, including a successful mentorship program and the organization’s first scholarship program. McGuire also brought a partnership with the internationally recognized Accreditation in Public Relations (APR) program to CAPIO, making it one of only nine organizations to offer its members the APR. In 2016, she was honored as CAPIO’s Communicator of the Year.

McGuire received her bachelor’s degree in Communication Studies from the University of California at Los Angeles, her MBA from the University of Redlands and the APR certification. She is also an active member of several boards and committees, including the Public Relations Society of America and is the immediate past president for the society’s Inland Empire Chapter.

The Paul B. Clark Award is the highest honor bestowed by CAPIO. Honoring the memory of founding member and colleague Paul B. Clark, the award is given to an individual who demonstrates exceptional leadership in the communications field.

CAPIO is the premier association for California’s government communicators, serving more than 700 professionals across the state.

To learn more about the Paul B. Clark award or the California Association of Public Information Officials, visit www.capio.org.

The California Association of Public Information Officials (CAPIO) is the leading professional organization dedicated to advancing public sector communicators through training, resources, and networking to strengthen and engage communities – a fundamental piece of good government.

CAPIO serves more than 700 members from cities, counties, special districts, school districts and state agencies from across the state of California.