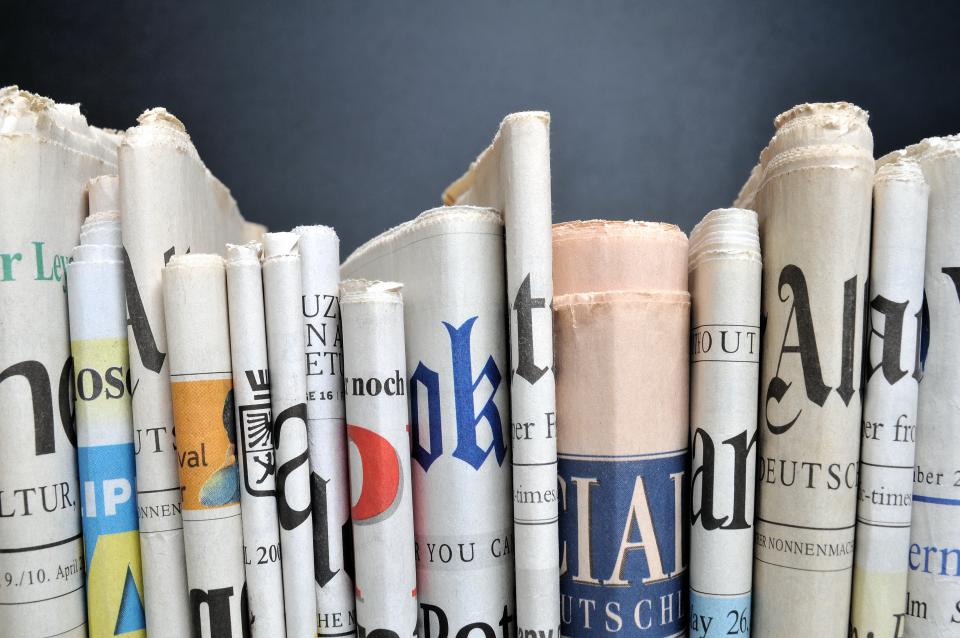 We’re professional communicators, so we all know the reason why the traditional media have experienced a slow and painful descent: Advertising revenue has gone elsewhere, or purely DIY for business owners. That’s left little funding to pay for good journalism. I don’t see this turning around. Do you?

The information void is widening, and somebody must step up and inform residents what’s going on in our towns, cities and counties. We’d prefer that “somebody” isn’t a gossip columnist or serial social media commenter. As much as we PIOs groan over awkward headlines in the paper or scandalous story angles taken by certain reporters, coverage in the traditional media is more often a blessing than a curse. As that coverage dwindles, resident knowledge of our work dwindles, too.

For PIOs, this should be seen as an opportunity. If editors in the traditional media and PIOs are both open-minded, they realize they need each other. Towns, cities, and counties can jump into the DIY frenzy by offering free content to the weekly papers that are becoming more weak, week after week.

In Marin County, two local print publications and one web-based network are publishing official county news releases word for word. It’s not journalism, but it’s an amazing vehicle for a municipality to control the messaging and reach a wide audience – most likely a different and older audience than Facebook and other social media platforms.

One local weekly newspaper group produces six editions for various towns despite that it only has two full-time journalists, a couple of freelance correspondents and one page designer on its staff. A few hyperlocal stories differentiate those six Marin papers. Original content is published in all six of the papers, just rearranged a bit depending on the masthead.

The readers are not happy about the lack of hyperlocal coverage in those editions or even in the daily paper of record. The editorial staffs are doing the best they can with the scant resources they have left. Although the daily won’t capitulate and start publishing PIO-written stories – and good on the editors for drawing that line – the weekly chain reluctantly waved the white flag several years ago and welcomes cleanly written pieces from municipal PIOs. They’re published under the byline “Submitted Material” or with no byline or tagline at all.

One weekly that’s not part of that chain is even more strapped for content. It is owned and produced by a newspaper group based across San Francisco Bay from us, and it does not devote a reporter to produce hyperlocal copy for the edition here in Marin. The eight-page weekly has identical content on pages 2 through 7 for all eight of its papers. Pages 1 and 8 have the localized content. Without a paid correspondent to cover this Marin neighborhood, the editor liberally copies & pastes county news releases. I’ve seen covers with all four or five stories as county news releases.

Then there’s Patch.com – or what’s left of it. Ten years ago, I quit newspapers to experiment with Patch, set up to be a nationwide network of hyperlocal suburban websites. It went really well editorially and advertisingly for several exhausting years. Many Patch sites in the Bay Area turned a profit within the first two years. I lucked out and got a better offer with the county government a few months before the Patch laid off most of its editorial team. What happened? The corporate brains realized that unbiased hyperlocal news written by trained journalists was expensive to produce, and shareholders were not patient enough to give it time to grow.

Today, Patch is a less-local bulletin board with a fraction of the readership it used to have. Anybody can log in and post anything. Site aggregators just comb the web and link out to other local content, producing very little original copy. Five communities in Marin still have Patch sites, but the editor (who lives in the San Diego area) regularly bodyslams county news releases on all five of them, no questions asked. It works well for that editor, and it works well for our county. If Patch sites are still alive in your area, you can create an official jurisdictional account and start posting.

We applaud real journalism and its watchdog role in democracy. In many ways, it’s more valuable to earn coverage in a publication that has stuck to professional reporting standards and not chosen to share publicity material as provided. Along with our local daily paper, two other weekly papers in our area have made triumphant stands in that regard and have collected prestigious awards (including a Pulitzer Prize) for journalistic excellence. Their underpaid and overworked staffs do great work.

However, our county government values the gift of a free audiences provided by the newspapers and the Patch sites and getting human interest stories before a hyperlocal audience in any format is a win for everyone. The price is right, and the combined audience might be more than what you’re getting on yourmunicipality.org. This silver-platter arrangement for submitted material doesn’t qualify as schadenfreude since we’re not getting any pleasure out of the traditional media’s atrophying. But it is our pleasure to provide news to residents who might not learn any other way about an important new program, workshop, or decision made by the electeds.

It might not be journalism, but it is public education on civic issues from a trusted source. Maybe that’s all that matters.

Brent “Submitted Material” Ainsworth has been a public information specialist for the County of Marin since 2013.